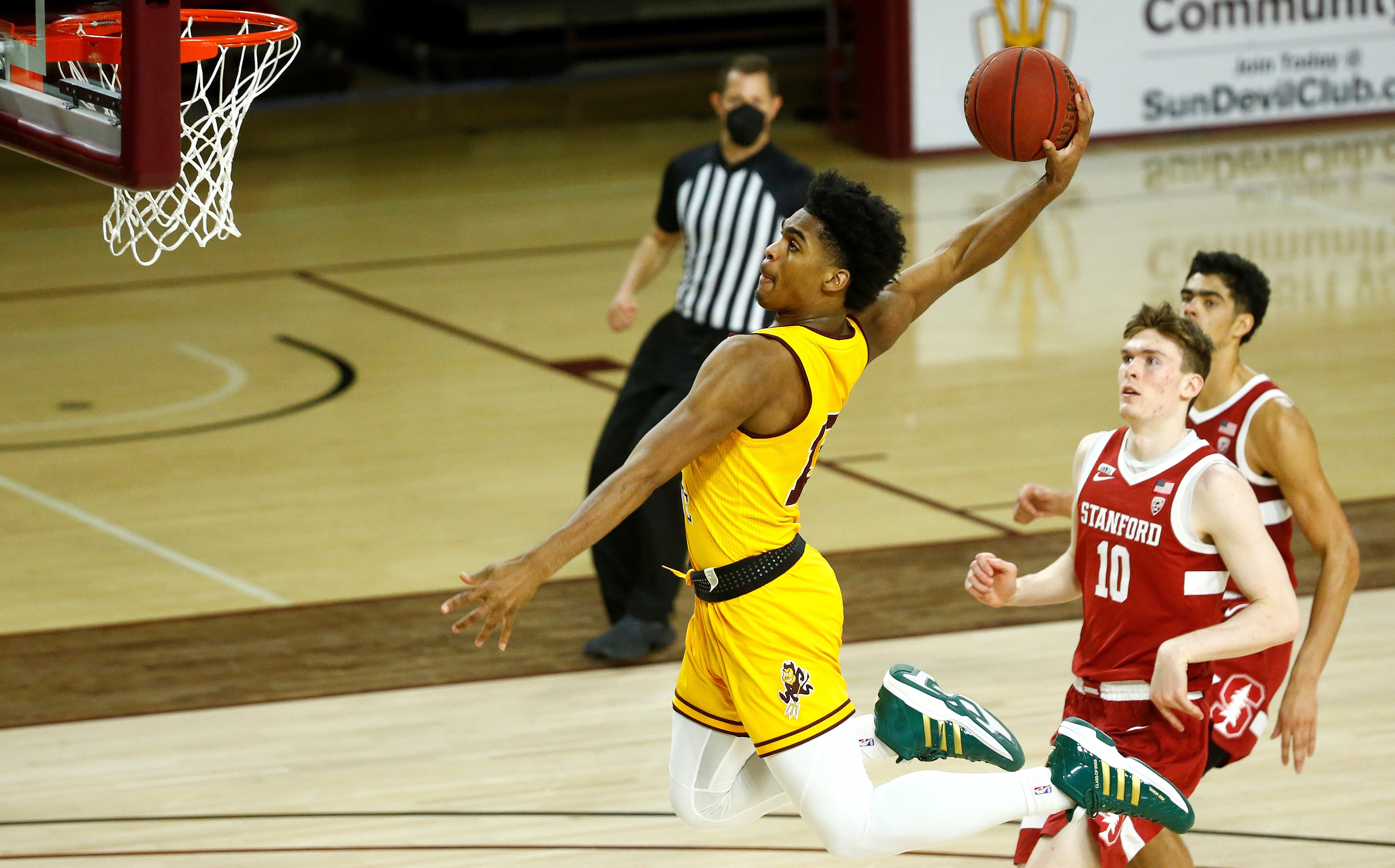 Josh Christopher is one the most interesting talents coming into the draft this year because his talent level is a little unknown. Unknown by the casual fan perhaps because Christopher appeared in just 15 games for the Arizona State Sun Devils this year. He posted 14.3 points, 4.7 assists and added 1.5 steals per game this season. Christopher was a standout high school prospect attending Mayfair in Los Angeles. Christopher was said to have improved his stock at the combine as he competed in the 5-on-5 scrimmage at the event. Christopher is still just 19 years of age and with the right team, Christopher can make an immediate impact.

Where He Can Flourish:

Wherever Christopher lands, he has the potential to make a lot of teams regret not picking him. Once seen as a lottery pick, Christopher has now trickled down to the end of the first round. This might not be a bad thing for Christopher because there is a team he would fit with perfectly. The Philadelphia 76ers. With Embiid on the block, scoring needs to be around him and Christopher is a great fit at the 28th overall selection. Tyrese Maxey and Christopher off the bench would be a great young duo for Doc Rivers and the aspiring champion Sixers. Christopher being in the gym with Seth Curry would also help perfect his already good jump shot.

Where He Could Struggle:

The thing about a true scorer is that you can get buckets anywhere, any place, anytime you want. Christopher is a bucket getter and his game translates immediately to the modern game. The only thing getting in the way of Christopher is himself. Any team would improve by drafting Josh Christopher.