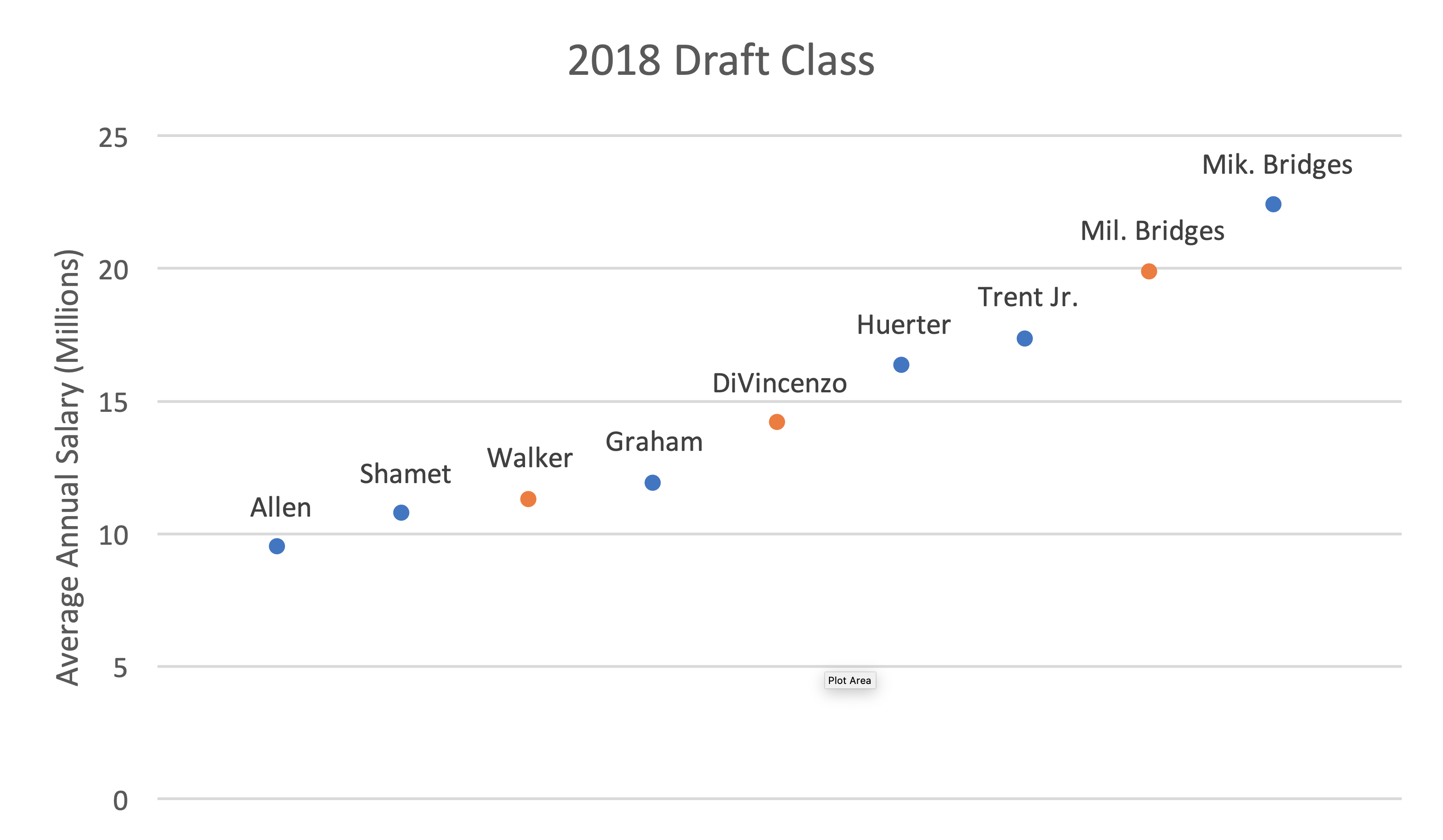 The NBA’s deadline for rookie extensions among players drafted in the first round of the 2018 draft was on October 18th. Meanwhile, Collin Sexton’s future beyond this year is still uncertain, despite being the team’s leading scorer the past two seasons. A similar analog to Collin Sexton could be John Collins, who’s another young player on a fringe all-star level. Even though he isn’t on a maximum contract, Collins still earned a lucrative 5-year, $125 million deal, and Sexton is also arguably more important to the Cavaliers’ franchise outlook. Although, many analysts are more infatuated with Darius Garland, and there may have been more Sexton trade rumors compared to Collins. In the end, the Cleveland Cavaliers may come to realize that keeping the Sexton and Garland pairing intact is even more pertinent alongside their oversized frontcourt, and he could see an offer similar to John Collins or the bargain the Phoenix Suns got for Mikal Bridges at 4 years, $90 million.

Some 2018 first round draft picks in a similar tier below Sexton are Miles Bridges, Donte DiVincenzo, and Lonnie Walker. All three are young, high-end rotation players, but the teams are taking on the risk of signing them before they can match any offer in free agency. Therefore, it may behoove them to see another season to determine if their players become exceptional starters, or just quality sixth men. They will all likely receive an average annual salary between that of their fellow 2018 draft picks, Grayson Allen and Mikal Bridges. Ironically, Allen is starting in place of DiVincenzo while he recovers from injury, and although DiVincenzo may be a more dynamic offensive guard, Allen is the safer, cheaper bet. Meanwhile, Bridges and Walker have each been productive scorers on up-and-coming teams, but left a little more to be desired. Bridges went from starting all but one game that he played to starting less than a third of his contests. However, his three-point shooting took a leap from 33% to 40%, and it’s not unimaginable that he could become a second option, God forbid Hayward misses games. Lonnie Walker has shown a tantalizing blend of shooting, athleticism, and ball-handling, but is hidden behind Derrick White in the rotation. Above is a listing of 2018 NBA draft picks by the average annual salary of their second contract, and a subjective placement of Bridges, DiVincenzo, and Walker among their peers.