Skip to content
EXPLAINING THE TRUE MEANING OF ANALYTICS

EXPLAINING THE TRUE MEANING OF ANALYTICS

To many, analytics can best be described as the route the NBA has taken towards the 3-point revolution it currently resides in. Though the league-wide increase in 3-point attempts certainly falls under the umbrella of the analytical impact, the reason why is far more complex than the simple math that tells us three is greater than two.

When it comes to shooting, analytics is all about empowering a player’s good while trying to remove the areas of weakness. Consider Jayson Tatum, who shot 38.3 percent on mid-range jump shots this past season yet converted 40.3 percent of his attempts from beyond the arc.

It is in the interest of every NBA player to take more of his shots from the areas on the court where he is more efficient or the spots that return the most profit.

Sometimes a player shoots better from mid-range than they do from downtown but not enough to outweigh the value an additional point brings when hitting a shot beyond the 3-point line. Going 3-of-10 from three returns more points than shooting 4-of-10 inside the arc.
Of course, basic shooting numbers lack any contextual factors like time and score, volume, and overall shot difficulty, which can sway the result in either direction. That is where the eye test comes in, confirming or denying what the numbers suggest in a balancing act all teams have to master. There’s a reason nobody frets when Chris Paul hoisted the eighth-most mid-range jumpers in the league for the OKC Thunder this past season. Because he was the best mid-range shooter across the entire NBA.

Daryl Morey’s arrival in Philadelphia seems to have many predicting a roster upheaval that sees the 76ers’ president of basketball operations model his new team in the same image as his old one. Three is in fact worth more than two. That doesn’t mean the Sixers want Ben Simmons to take all of his shots beyond the arc. Because no matter how many he launches, he won’t convert at the necessary rate to usurp his efficiency elsewhere.
For Morey and the Sixers, the challenge doesn’t lie in trying to fit a square peg into a round hole. They want to build a system around their two best players, not try to cram them into some preexisting ideals. Joel Embiid ranks inside the 90th percentile in post-ups on league-leading volume. Simmons is one of the league’s best paint finishers who has assisted on the most 3-pointers since his debut in 2017. The plan should be to support their elite levels of productivity, not change or get rid of them. There is a small exception to this design. Bigs weren’t always shooting threes. Demanded of them was a fundamental shift in their playstyle or become irrelevant standing pat. But even that change in ideals was rooted in accentuating the gifts of others, freeing space near the basket to better serve the surplus of dominant perimeter players who populate the NBA.
In its simplest form, analytics enhances the chase for basketball efficiency. It boils every minute aspect of the game down to a single number that allows coaches and front offices to make better-informed decisions when building towards the ultimate goal of a championship. In most cases, that pursuit has resulted in a continuous increase in 3-point attempts. Stopping there ignores all the other ways analytics has contributed to the game for the better.
About the Author Daniel Lubofsky: 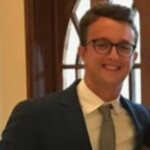 Daniel is a soon-to-be college graduate based in New York aspiring to get his foot in the sports media door. He’s developed several years of experience in editing, writing, and analyzing with a growing passion for film study and podcasting.
Daniel took part in the Sports Business Classroom’s virtual conference in 2020.
By admin|2020-12-18T17:52:42+00:00November 5, 2020|OPINION PIECES|0 Comments