Squeezing Booker into the MVP conversation at this stage in the season is an exhausting take. He could still make first team All-NBA though, and the Suns have their franchise record for wins

There were two statement games from Giannis against two realistic playoff opponents, the ‘6ers and the Nets. However, fatigue may stifle any chance of him winning the MVP

The loss of Rob Williams is significant for the Celtics especially with the playoffs approaching. Their hot stretch at the end of season has earned them the benefit of the doubt though

10 of the last 11 regular season games were played without Ja. Their record without Ja could be spun into a negative, but it should be seen more as a testament to what Coach Jenkins built

Unfortunately, the Heat got the most press all year with the kerfuffle between Jimmy and Spo. Regardless of the skepticism, Bam confirmed that skirmishes like that aren’t uncommon

On the last day of the season, Luka suffered a calf injury. This could specifically hinder Luka because his elite ability to start and stop on dime, which allows him to be a pick and roll maestro

Another superstar that got injured at the worst time was Steph. Although, his foot sprain came with a month left in the season. Luckily, Poole has been doing his best Steph impression all year

For the first time since Shaq in 2000, Embiid has won the scoring title as a center, even though the league believes that he’s played enough time as a forward to be voted as such for All-NBA

Speaking of All-NBA forwards, Jokic looks to be the favorite to repeat as the MVP based on what voters have revealed. He definitely has his work cut out for him versus the Warriors though

It feels like the Jazz are rooted against the more than anyone else. It makes sense after keeping its core and failing in the playoffs. Therefore, they ought to beat the Mavs to maintain respect

Regardless of the postseason’s conclusion, the Wolves have a lot to be proud of. They were understandably scrutinized for Finch’s hiring process, but the Wolves clearly found their guy

There are many projecting a long series or even a Raptor victory over the ‘6ers despite facing off against Embiid and Harden. This is a credit to the Raptors’ defensive mentality fostered by Nurse

Ending the season with the seventh seed was an interesting predicament for the Nets to get themselves into. However, there’s still of reason to believe that KD and Kyrie could win a ring

It’s unfortunate that the Bulls have turned into everyone’s ideal opponent in the first round after their success earlier in the year. Although, that is in large part due to the absence of Lonzo

Excluding the Nets, the Hawks could make the most noise in the play-in. They still might be a far cry from last year’s postseason run though. Luckily, they still have a young core to retool around 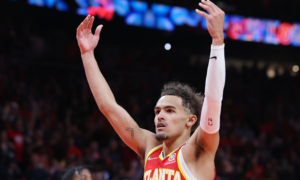 In the final game of the season, Love posted 32 points vs. the reigning champs. Even though the Bucks weren’t doing their best, the Cavs will need a repeat performance from Love to advance

The last Hornets season ended with a 27-point loss. After seeing teams like the Raptors and Bulls improve, the Hornets need to redeem themselves to show some accomplishment

Although they may still have to wait longer before the return of Kawhi, his former teammate can finally come back after they were out for almost two months due to a broken left foot

On the Lowe Post, they created their All-Rookie teams, and they discussed not only Herb Jones, who has been advertised as one of the best rookie defenders ever, but also Jose Alvarado

A major win for the Spurs was that they traded away someone who started 48 of their 49 available games, Derrick White, and still made a trip to the play-in tourney two years in a row

It only took RJ Barrett three years to average 20 points per game. However, one of the biggest disappointments of the season was that Kemba Walker got shut down with over 20 games left

The verdict on the Wizards and Mavericks trade was that Dallas came away as the winners. Even though everything seemed to work out for the Mavericks, Porzingis has averaged 22.1 points

Even the strongest Laker skeptics couldn’t have foreseen a squad with LeBron, AD, and Westbrook for any combination of games missing not only the playoffs, but also the postseason

The trade between the Kings and Pacers wasn’t successful for Sacramento as they missed out the postseason for the 16th straight year. Fox and Sabonis were even out for the last nine games

The leading scorer from the Pistons, Grant, missed the last eight contests of the year. Analysts are eager to see what he and Cade could to do next season, but will Grant have patience?

The prize of the trade between the Pacers and the Kings was Haliburton, but Hield’s field goal percentage jumped from 38.2% to 44.7% after the move, and he ended up averaging 18.2 points

It’s understood that winning games hasn’t been the Thunder’s top priority this year. However, given the youthfulness of SGA, Dort, and Bazley, it’s disappointing to see them shut down

Although this hasn’t been the best year for the Magic, a happy note that they closed the year on was Devin Cannady putting up ten points per game despite a major injury within the past year

The unlikely four-game winning streak after the CJ McCollum trade was the last bit of serendipity for the Trail Blazers, as they only won two of their last 22 contests of the year

The sole 20-win squad was the Rockets. Even though this helps them in the goal of receiving the top pick in the draft, the flattened lottery odds have diminished their potential return 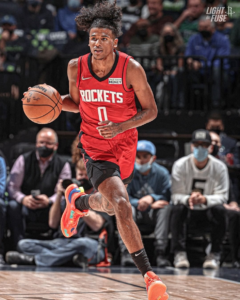