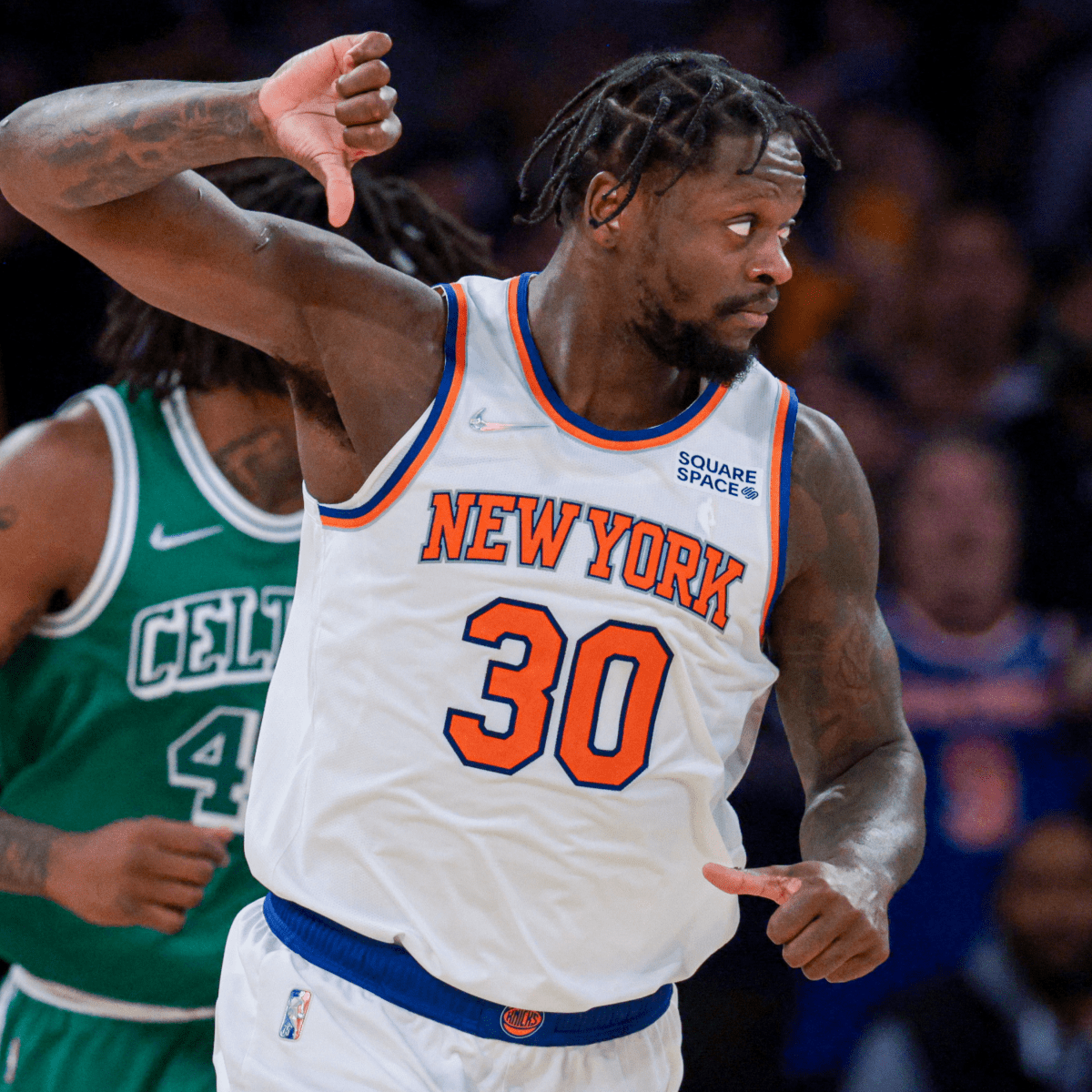 Earning homecourt advantage in the first round of the playoffs was a massive victory for a franchise that hadn’t even been there in seven seasons. To put that into perspective, their number one option at that time was Carmelo Anthony. After the Knicks, Carmelo held onto his glory days for a couple seasons with mixed results. Then there was over a year in between the last game he played for Houston and being signed by Portland. Finally, he discovered how to excel in a supportive role with the Trail Blazers and Lakers. During that time, the Knicks had been to hell and back, making risky, expensive additions like Joakim Noah that set them back. However, they took a step in the right direction the year before this past season when they signed Julius Randle to a team-friendly deal, instead of a four-year contract, like they would’ve before. In just his second season with the Knicks, Randle was far and away the best player during their return to form, and received second team All-NBA honors. Although, it was clear against the Hawks that Randle needed some reinforcements.

It’s been difficult to judge the standings this season because of the Health and Safety protocols and the increased competitiveness of the average eastern conference team. However, it’s unsettling for Knicks fans to see themselves hovering in and out of the play-in tournament. The overarching feeling around this squad is confusion about their bench having to drag their starters out of the mud when adversity strikes. This phenomenon was put on no greater display than in the Knicks’ 94-85 victory over the Pistons. Plus/Minus is not a great measurement of individual success, but disparities like all starters having no better than a -17 Plus/Minus, and all bench players having at least a +27 Plus/Minus, stand out. The idea of mixing up the starting lineup wouldn’t be original in New York, after Kemba Walker was not only yanked from the starting lineup, but also pulled from the entire rotation. According to ESPN’s Tim Bontemps, the Knicks were being outscored by 13 points per 100 possessions with Kemba on the court before his dismissal from the rotation. It’s no surprise that Knicks head coach Tom Thibodeau would lean all in towards the defensive end, but the team could also use the pressure on the paint that allowed Kemba to win the Player of the Week award.