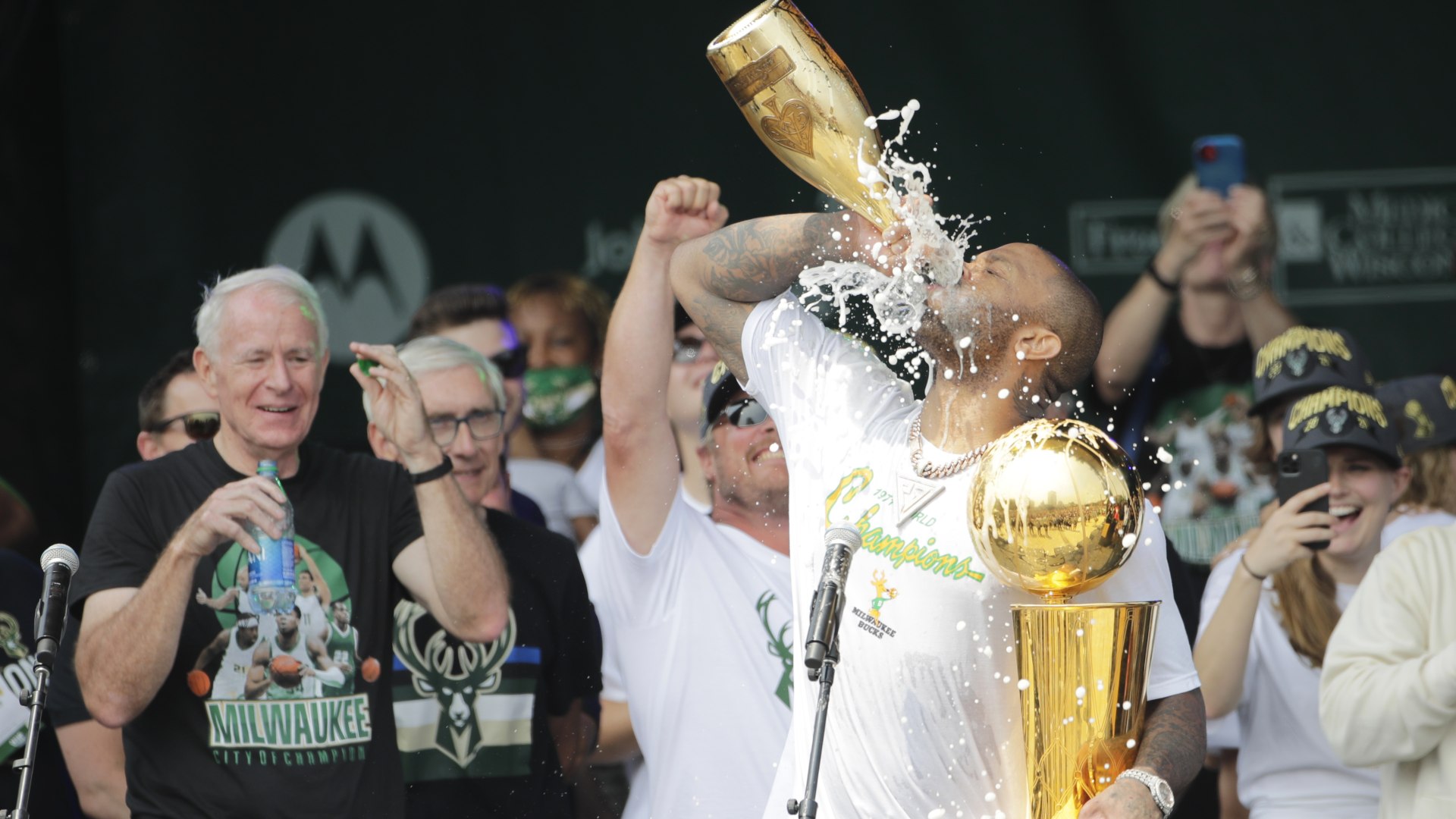 The Bucks Will Be Back

In Game 6 of the 2021 NBA Finals, Giannis became only the seventh player to score 50 points in a NBA Finals game. Barely six months prior, Giannis signed his Supermax extension before the season even began, largely for the sake of his decision not being a distraction to the team.  The Greek Freak’s choice was proven to be a wise one when Khris dropped 40 points to tie the Finals at 2-2, and Jrue threw the Valley Oop in Game 5. Following highlight after highlight in the Finals, Khris and Jrue left for the Olympics in Tokyo within days of attending Milwaukee’s championship parade. Luckily, Brook remained under contract for another two seasons, but the Bucks lost PJ, who was their defender of choice against KD and Booker during the title run. Although the Bucks had full bird rights on PJ, meaning the CBA wasn’t stopping them keeping him, they traded for Grayson instead. The forward that Bucks fans thought was more likely to leave was Bobby, but apparently the chants from Milwaukee paid dividends, as he re-signed for possibly half of his market value. The Bucks seemed to get off to a great start towards their championship repeat with a 20-point victory over Brooklyn on opening night, until news broke of Brook being added to the injury report, which would last for most of the year.

Bobby held down the fort by averaging over 15 points and nine rebounds through his first 60 games. Although Giannis won the Defensive Player of the Year award in 2020, it would’ve been a tall order for the Bucks to remain top ten in defensive rating after losing an All-Defensive center for 69 games. Milwaukee was already thinner in the frontcourt compared to past seasons. Fortunately, the Bucks signed Wesley Matthews and Boogie Cousins in December. Even though he wasn’t on a NBA roster at the start of the season and some Bucks fans hadn’t seen Wes play in two years, Milwaukee was incredibly pleased that his game had hardly aged. Many didn’t predict that Boogie would post at least 12 points and eight rebounds in the games where he played 20 minutes, but that made it even more disappointing when the Bucks didn’t retain him. The Bucks’ argument may have been that Boogie gives up too much on defense to justify guaranteeing his contract for the rest of the season, especially as a team paying the luxury tax. However, there was still a seven-foot hole to fill, and given how uncertain a back injury is, the Bucks had no choice but to find a center that could still give them a chance.

At the trade deadline, Divincenzo was traded for Serge Ibaka. Although the Bucks adored Donte, it was often mentioned that he was the Bucks’ most realistic trade piece. Considering that Grayson was given an extension and Donte struggled to shoot efficiently after missing the first 34 games, it seems like it was inevitable. Even though Ibaka was underutilized, Giannis deserved to play alongside another rim protector no matter what, and hindsight 20/20. Unfortunately, Khris sprained his knee in the Bucks’ only first round loss, and he wasn’t able to return in the semifinals. Still, the Bucks forced a Game 7 without the Allstar. Similar to KD’s narrative after the last postseason, fans recognize that Giannis had to reach absurd heights to keep the Bucks as competitive as they were. Now, it’s even more common to hear people say that Giannis is the best player in world. As long as he’s in that debate, the Bucks will have another shot.